Can You Benefit From the Home Office Deduction? Tax Deduction for Ohio Small Business Owners 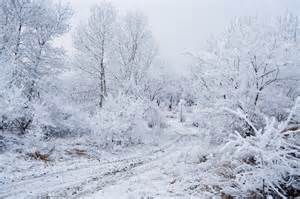 What the DOMA Ruling Means for Same-Sex Spouses in Ohio

February 15, 2014 By hbsadmin With no comments yet

Based on the Supreme Court decision in the Windsor case that ruled a portion of the federal Defense of Marriage Act (DOMA) unconstitutional, the IRS issued guidance in August, 2013 to assist same-sex spouses with their income tax returns (Rev. Rul. 2013-17).  Per the IRS guidance, same-sex spouses who are legally married in a state that recognizes gay marriage are legally married for federal income tax purposes.

So what does this mean for same-sex spouses who reside in states that do not recognize same-sex marriage, such as Ohio?  Any couple that is legally married as of December 31, 2013 must file their federal Form 1040 with the status of Married Filing Joint or Married Filing Separate.  However, states such as Ohio will not recognize that filing status.  Instead, those couples must file their Ohio income tax returns with the status of Single and attach a separate form to their return that splits out the income reported on their jointly-filed Form 1040.

Complicated?  Yes it can be.  However, this may actually be good news for spouses from a tax standpoint.  Oftentimes it is more beneficial for married couples to file their Ohio returns as Separate or Single, although they must file that return under the same status as they file their Form 1040.  This “glitch” will allow same-sex spouses to file their federal return as Married Filing Joint and their Ohio return as Single – which could result in less tax liability combined.

Same-sex spouses who were married prior to 2013 and filed their federal and state returns as Single may also want to consider filing amended returns for any open tax years.  Going back and changing their returns from Single to Married Filing Joint or Married Filing Separate could have positive ramifications and result in tax refunds from those earlier years.

Either way it would be prudent for all same-sex spouses to consult a competent tax advisor to determine the proper way to file their 2013 returns and any potential prior year amended returns.